Ok, so the ebay sale whetted my little entrepreneurs’ appetite for making money, and they wanted to know how they could earn more so they can buy more Webkinz. That $5 a week allowance is not cutting it anymore.

My eyes fell upon the big Arrowhead jar that we’ve been lugging around for years because of all the coins inside. We had long since taped over the mouth of the jar because the kids kept dropping little toys inside. In my ongoing quest to rid the house of clutter, I saw this as a golden opportunity.

So this was the deal I presented to them: whatever pennies you wrap are yours. All silver coins would be split among the three of them. This was to prevent a mad dash and bloodshed over the quarters, dimes and nickels in the jar.

The great thing about this job is it didn’t require any help from me other than a trip to Office Depot to get the coin wrappers. I was so happy to not to have to do anything else that I didn’t even deduct the cost of the wrappers.

(Here’s a picture of them wrapping coins, surrounded by those little Webkinz critters they are working so hard for…)

Guess what? They wrapped that entire half jug of coins in about a day! It was amazing how diligently they worked, counting up how much money they had earned so far. First they had to do the pennies, which resulted in:

Then came the big event — rolling the silver money! What joy that was after slogging through all of those pennies. That’s why I made them wait til the pennies were done — the silver became the dessert. Total silver: $120.00 or $40 each

I acted as the bank, of course, accepting the rolled coins in exchange for cold hard cash. Their eyes danced with glee as I counted out the greenbacks.

After making $53-$59 each in a single day, they have told me in no uncertain terms that they will never ask to do another ebay sale. Good news for me and for our local women’s shelter, which is where all gently used clothes will go from now on…

p.s. They participated in National Lemonade Day last weekend and made $60 with their lemonade stand. They balked a little at re-paying their investor (me) the $20 for supplies…gotta work on the concept of “Cost of Goods Sold”! 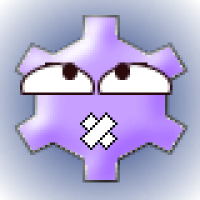