In February 2016 I embarked on my weight loss journey and lost 74.5 pounds in a year.

In February 2017 I started strength training and lost another 15.5 pounds during the next year.

In February 2018, in the spirit of keeping the streak going, I decided to add yoga to the mix. Two of my best friends swear by it, said I’ve love it, so I decided to try it.

I bought a 30 day pass at a nearby yoga studio, with visions of falling in love with it and somehow integrating it into my regular workout routine.

Well I discovered something – yoga is hard as hell!

I think in my mind, yoga was sitting in the lotus position humming with a few stretches thrown in. Umm, no. It’s very strenuous.

Don’t get me wrong, it’s a great workout, but I found myself constantly looking at the clock, wanting it to be over. Yes, that’s the look right there…

Originally I thought I’d do strength training one day and yoga the next, but that was way too ambitious. I realized that I look forward to my “off” days of just walking, allowing my body to recuperate from weight lifting. Adding yoga to the mix was just too much.

I went enough times to get my money’s worth, but when the 30 days was up, I was happy to turn in my pass. Now I do about 10 minutes of yoga at the end of my strength training workouts and am quite happy with that. There are plenty of yoga videos on Amazon Prime Video, which I’ve added to my watchlist, but somehow never get around to actually doing.

Again, you have to find what works for you. I’m already doing the strength training, that’s plenty! So, throwing in some yoga moves at the end and enjoying my other days of just walking? Works for me! 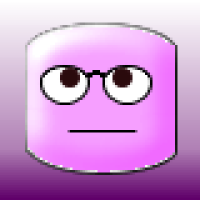